Canberra’s Shakespeare show WILL go on!!!

Director announced, auditions to start soon for “As You Like It”

The capital’s much loved open-air free Shakespeare season will return in 2022 – whatever COVID-19 might throw at it!

Shakespeare By The Lakes IV (SBTL) will feature As You Like It, with a season of performances around the ACT being planned for February and March of next year.

SBTL, which is produced by independent professional theatre company Lakespeare & Co., has secured the services of former NIDA (National Institute of Dramatic Art) head of acting Tony Knight as the show’s director.

Tony Knight spent 24 years at NIDA and is now based in South Australia. He lists Cate Blanchett, Sam Worthington, Toni Colette and Anna Torv among the actors he has taught and mentored.

He and the production team will begin the auditioning process within days. Auditions will be held using video platforms such as Zoom as well as, hopefully, in-person interviews.

As You Like It is a beloved Shakespeare comedy, featuring mistaken identities and wandering jesters as well as enchanted forests and one of the Bard’s most celebrated lines:

“All the world’s a stage,
And all the men and women merely players;
They have their exits and their entrances …” Act II, Scene VII

Getting “SBTL IV” staged in 2022 will be challenging all round.  As well as dealing with the ever-changing pandemic situation, the production also needs to raise funds to ensure its free performances continue to reach as many people in the  Canberra Region as possible.

“It was tough enough before COVID-19 to produce three seasons of free Shakespeare to crowds of 2,000 people, and we will be lucky if the fourth season avoids a sea of troubles,” said Mr Werner-Gibbings.

“However, we will take up arms and do everything we can to make Shakespeare by the Lakes IV happen.”

“If we get significant and generous support from big-hearted community-minded corporate sponsors in Canberra, from the ACT Government and especially from Canberrans donating to our crowdfunding campaign, then everything is possible!”

Public support via crowdfunding was crucial in pulling off the first season of Shakespeare by the Lakes in the late summer of 2018, which featured Much Ado About Nothing.

Twelfth Night was the second production in 2019, A Midsummer Night’s Dream the third in 2020.

“Since 2020, we have lost most of our corporate and government support,” said Mr Werner-Gibbings.

“In 2018, Canberrans helped launch Shakespeare by the Lakes I with online crowdfunding donations of more than $7,000. Because we only have enough money to pay for one free show in 2022, we are asking Canberrans to help us pay for a second through another crowdfunding campaign.”

The campaign has been launched and donations can be made at https://www.mycause.com.au/p/263455/shakespeare-by-the-lakes-iv-as-you-like-it-one-more-free-show

Past SBTL free shows have been staged at Tuggeranong Park, Glebe Park, ANU and Lanyon Homestead as well as Queanbeyan’s Queen Elizabeth Park. 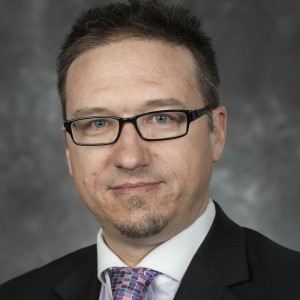